New Message from the Eternal Light - What an EXPERIENCE! 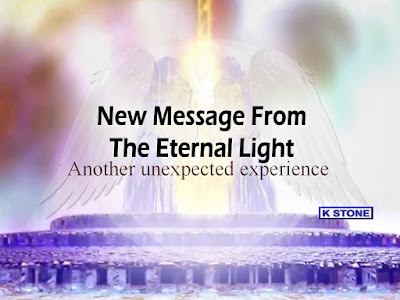 On the 24th September 2019 I decided to meditate for 5 minutes. When I opened my eyes again an hour had passed. As I wanted to see the rest of what was happening I kept on meditating and in total sat meditating for 2 hours and 5 minutes.

I never thought I could do that, but what was being revealed had me captivated.

At the beginning when I closed my eyes I saw that I grew new huge white wings. Each wing was bigger than a house.

I thought, “What am I supposed to do now?” Then I flapped the wings slightly and instantly ended up on the other side of the world.

I then realised that just one slight flap of the wings could take me to anywhere in the world in an instant.

I decided to flap them continuously. I became aware that the more I flapped the deeper into the universe I went within seconds. What could have taken light years took seconds.

I eventually made it to a place in space. It was made known to me that it was the Eternal Life/Eternal Light sitting on a throne and beside him sat the Son.

Without me making the decision to move, I was being over ridden. My spirit body with the wings began floating towards the Eternal Life. I was turned around in the air then sat on his throne with him as we were united as one spirit but independent thoughts. Then the Son, who sat on the right hand side began to glide towards us from the side onto the same throne. We all three sat on the throne as one person but with independent thoughts.

Then I looked forward. About 50 metres in front of us were beings that were made known to me where angels. They bowed down towards us and stayed bowed low on the ground.

Behind the angels a line of humans appeared. There was just one line and not rows of humans. The line stretched from left to right as if the whole world was all lined up. They all knelt down and bowed with their hands forward flat on the ground and stayed in that position.

Then there was a large gap for about a mile. At the far end of the mile were the fallen angels. All of them bowed down low towards us.

So to recap, 50 metres in front of the throne were firstly

Directly after were the humans

Right after were the animals

And a mile away were the fallen angels.

As I sat there I accepted the whole; the good and the bad of all that there is in the earth and the universe. It felt relaxing. I now could understand how the Eternal Life and the Son felt as they looked at what is on earth and in the universe. 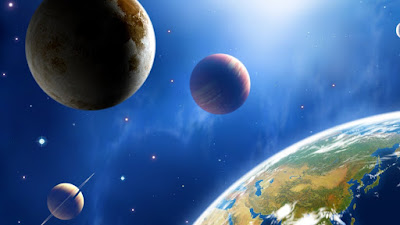 As I sat there I became aware that at one point in time the whole earth is going to burn. It is only what has Eternal Life is what is going to remain.

Then I began having a conversation with the Eternal Life:-

ME: If the earth is going to burn and all that remains is what has Eternal Life, how am I going to convince people that you are real?

ETERNAL LIFE: How am I going to convince them that I am real if you can't? They can hear and see you.

ME: How is anyone going to believe any of this conversation?

ETERNAL LIFE: Your gift is that you can explain things concerning this experience.

After that I cannot remember the rest of what we talked about.

As that experience ended, I still had my eyes closed. I then saw an angel who I haven’t seen for about a couple of months. He is called the Angel of Wealth. He is completely golden and has gold wings. He walked up to me, as I still could see in that dimension as I meditated, and his spirit sat in my body, as I was sat down. His spirit became one with mine. 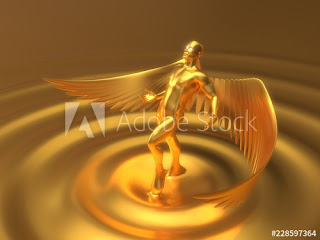 After that experience with the Eternal Life I decided to type in a search engine, “sit with me in my throne.”

This showed up. This is in the bible.

Revelation 3:21
To him that overcometh will I grant to sit with me in my throne, even as I also overcame, and am set down with my Father in his throne.

When I saw it I said “Wow!” It’s the Son talking about a person who overcomes, sitting on a throne with him and the Eternal Life just as I had done.

I done another search for Eternal Life and these came up.

I just remembered another part of the conversation I had with the Eternal Life.

ME: I’m not telling anyone to repent. That is soaked in religious talk that is used to bash people over the head with.

ETERNAL LIFE: What word would you use?

ME: Refurbish. A person refurbishes or renovates internally what is inside them.

In this flesh body, you and I are going to make mistakes. We are more than likely going to mess up some days, but we still get to refurbish or remove our mess, throw it out, move on and replace it with a positive light feeling or thought.

Just think of having a house inside you. You chose what furniture, sheets, pillows and appliances you want in there. If they are old (holding on to old negative experiences or thoughts) and are not working, then you remove them. 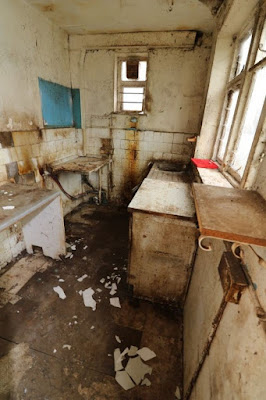 With Eternal Light, replace your outlook and feelings with something new (replace it with positive light feeling and positive light thoughts and feel brand new inside). Have sincere regret and remorse for what your past experiences were with the things you did or said that were wrong. Then mentally throw them out in the trash and see them as being dead. Now live with a renewed inner sense of freedom and light. 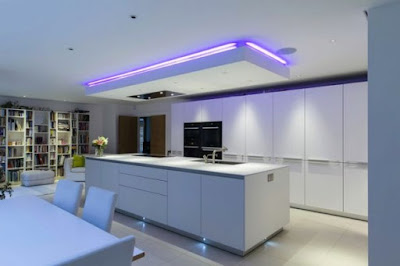 Keep your inner house as clean as you can so it looks luxurious inside and shines out of your windows (eyes).

Well I have done my part. Whether you believe this post or not is your free will choice.

This is not something I was going to share as it could make me sound crazy, but I shared it anyway. If it helps someone then it was worth typing all this out.

Email ThisBlogThis!Share to TwitterShare to FacebookShare to Pinterest
Labels: New Message from the Eternal Light, The Day I Grew Wings Like Angels, wings

I noticed some things this year.   I’m not saying you should believe this or not.    Some observations that I saw this year which ... 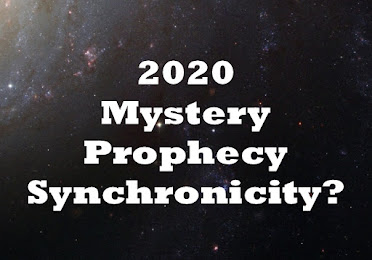