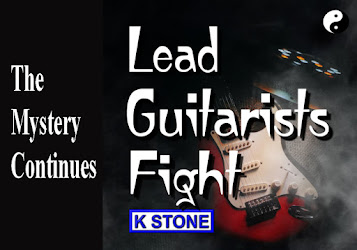 I was given signs to release this track today. It’s called Lead Guitarists Fight. It’s a ROCK instrumental. I usually make hip hop and alternative beats but out of the blue I started working on this rock track some years ago.

It's based around two lead guitarists battling it out.

This instrumental was created around 15 years ago. When it was heard by a dude in the USA he asked me if I had seen the movie “Crossroads (1986).” I said no. He said my track reminded him of that movie, so I watched it.

Strange things have been happening recently. On Facebook I made a couple of posts saying that the Goat said it's time to pay your dues; which was a message for a number of people. ( https://www.facebook.com/KstoneUKMusic/posts/1382386578773976?__tn__=-R )

I noticed synchronicity with:

2. Time to release Lead Guitarists Fight, after being created around 15 years ago 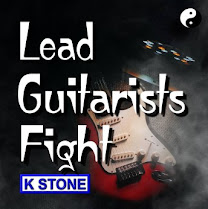 You can listen to the interesting conversation in Crossroads (1986) in this video before the lead guitarists take to the stage. Sometimes movies will let us know things that we would not usually know goes on. (Do your own research and you will be surprised what you find).

If this is the time now, there are people who are going to be set free from contracts put on your life that you may not have known about. It could have been put on you when you were in the womb or when you were born, by people or a parent or parents who were involved with dark forces. Those people involved with the dark side have to face the consequences of their actions.

For those who have been set free, like Willie Brown in the video, it may be time to celebrate your freedom.

Available on a number of platforms at this link

UPDATE: As of 10th May 2021 I created a video for this track that you can watch at this link https://youtu.be/UL19TGdGQbk

Napoleon Hill said: “Sex energy is the creative energy of all geniuses.  There never has been, and never will be a great leader, builder... 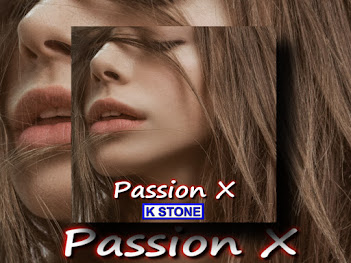